With the end of season fast approaching, a series of exciting rugby festivals await the unbeaten Hemel Hempstead U11 county champions.

Kicking off with a trip to Bournemouth over the weekend, the Jay City Finance Ltd-sponsored youngsters – captained by Sam Morley – once more proved dominant with four back-to-back wins in the qualifying round.


Scoring 21 tries and conceding only three, a place in the final against north London team Old Grammarians assured a tough match ahead.

With strong attack and defence from the start, the game remained frustratingly tied until a defensive gap was spotted by Alex Tofalli who assisted Daniel Jones into smashing through to score the opening try to give the Hemel team a half-time lead.

Unfortunately, an equaliser in the second half brought the game to a drawn conclusion; one of the Hemel youngsters’ best games of the season without doubt.

Consistent with the spirit of rugby it was agreed by the coaches that the finalists would share the trophy.

Mentioning just a few players only begins to describe the effort put in by the whole team who, without exception, stepped up to the mark on the day.

It was another classy performance by the U11 team who remain the most successful age group at the club. Visit www.pitchero.com/clubs/camelotrugby to join in their success – all levels of ability are welcome. 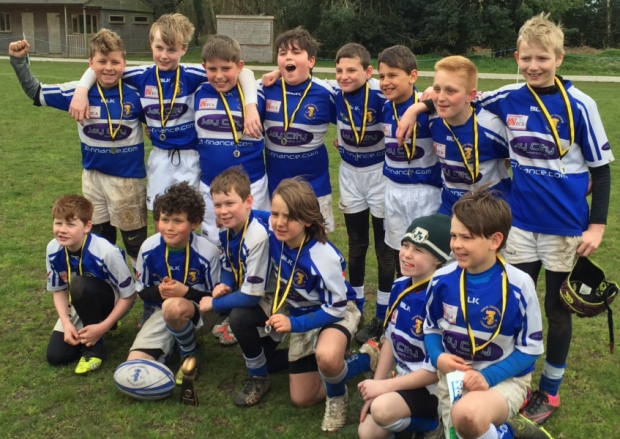